The WCC’s recent embellishing of our streets converting signposts into cycling hitching posts has prompted me to wonder what a city might be like if it was truely cycling-centric.

The obvious place to start is street furniture, and cycling parks are increasingly incorporating the pragmatics of parking into more artistic and creative efforts. Examples include: a bike stand, Via Padova, Milan, Italy 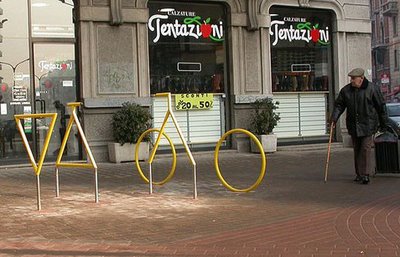 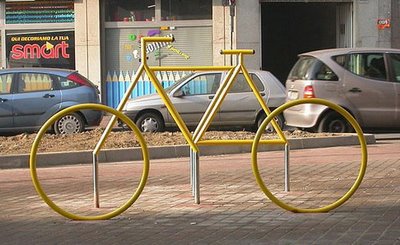 Perhaps less obvious is the rage to incorporate bike parks into planter boxes, and vice versa:  These include using planters to chain bikes up to (e.g. “Plantlock” by Front Yard, and Grenville Street Furniture by ASPECT Studios), and the more mobile thinking of urban garden by A4A Rivolta Savioni studio, Expo Gate Milano. 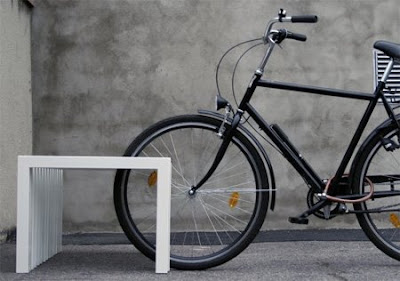 But of course there’s tables too, for cafes and picnics: various versions of “Pit In” (2006) from Japan-based Store MUU …