While Laugier’s Primitive Hut is frequently looked at as the dominant myth of architect’s beginnings, millions of children around the world are told of more appealing origins for building. 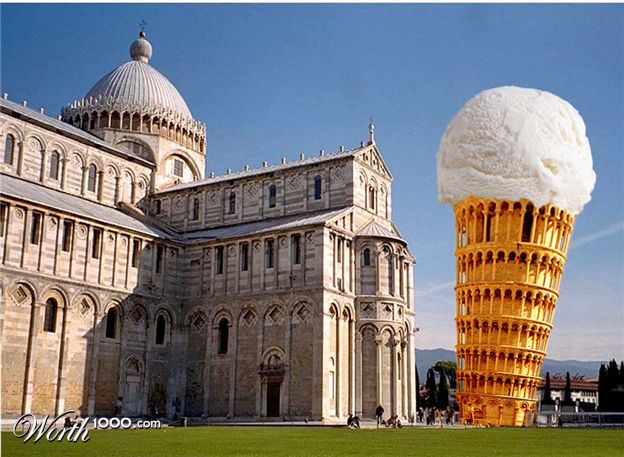 Yes, Hansel & Gretel’s theatrical discovery of the witch’s gingerbread house clad with every sugar-laden sweet imaginable is a pivotal image in popular architectural education.  Here we have architecture as delectable trap; seductive in the most primally satisfacting way.

While the witch’s house was at architectural (rather than cake), scale, the tradition of cakes and architecture have down-sized significantly since the Grimm Brothers. The best of these are perhaps cakes for children’s parties, where the crudeness of the knife, the over-sized lollies and the clinginess of icing produce endearingly grotesque architectural renditions: Superman on top is of course a bonus, and someone any Federal Bank would be keen on being associated with these days …

Who really wants to eat a version of the Brighton pavilion, or the Villa Savoy anyway? – no doubt both gaining structural integrity from a too thick and sickly sweet layer of marzipan.

This exact area of architectural model and cake comes close to being tested every year at the annual competition at the VUW School of Architecture, run by the Student Group: Studio to design, bake and decorate an architectural cake – I’m not sure when this year’s will be, but taste in all its dimensions will no doubt again be tested. There seems to be a substantial tradition of such competitions internationally.  In Tasmania SONA students had an architectural “CAKE OFF” in September last year.  In 2000 (to launch Architecture Week) Building Magazine sponsored a “Building Cake-Bake.”  Entrants were require to deliver cakes made “in the form of a well-known building, and must be entirely edible, designed by an architect, light enough for one person to carry” . … and in response to news, that a Farnsworth House cake (taking 25 hours to build, complete with sugar poured windows) was sold for $4320 as part of the fund-raising effort to restore the house, Building Design published their own attempts in architectural baking (a self-described “wonky” Tate Modern), and issued a challenge “to all architectural model makers and baking enthusiasts to put on their pinnies and cook up their own gingerbread or other cake creations.” 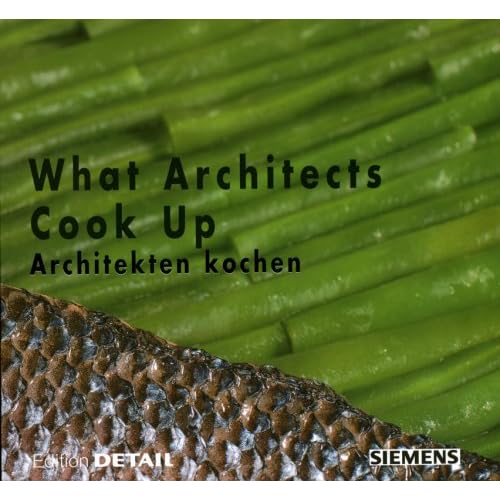 There’s even a book: What Architects Cook Up.

But it’s not only architectural students and architects who have become entralled with heading into the kitchen.

The Donald W. Reynolds Center for American Art and Portraiture organised a contest for cakes “inspired by the design of an historic building,” between three pastry chefs (Patty Collette, Leslie Goldman-Poyourow, and Duff Goldman).

I think this aspiration for mimetic detail loses both the poetry of architecture and of eating.  There’s a certain elegance when cake architecture misbehaves, or leans across the categories of model and cake.  Icing oozing out uncontrollably in ways which would inflict a landslide, thick gooey slabs of toffee, glistening unattractive stickiness; in an appealing culinary sketch. 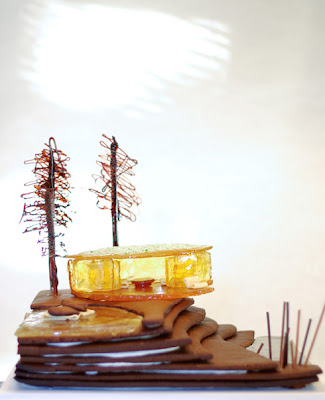