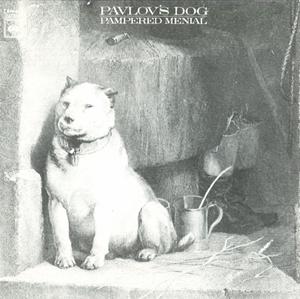 If you’re lucky (or unlucky depending on how you see it) you might be offered a lollipop by a WCC worker for obediently waiting for the lights at the Ghuznee/Cuba St intersection before crossing the road. There’s nothing quite like being greeted by a patronising lollipop and a “Congratulations for crossing the road legally.”

It’s the role of any government (central or local) to look after its citizens – but such blatant and patronising attempts to use behaviour modification as a substitute for good multi-modal traffic design is truely tragic, quite apart from fuelling the diabetes epidemic.

The reasonable argument might be (I’ve heard it from WCC officers before) that the soft tissues of the unprotected (pedestrian) human body is the most vulnerable casuality in car:human collisions, regardless of who’s to blame. But here in lollipop-land the even more maleable substance of the human psyche is manipulated and reshaped. If only the WCC would spend money on getting roading projects right – rather than such patronising sticking-plaster “solutions.” And by getting roading projects right – I’m talking about getting the relationships between and across different transport modes making sense. The re-configuring of Ghuznee St from a one-way to a two-way street has never made any sense at all. It appears to be motiviated by some discomfort with having two parallel one-way roads going in the same direction (i.e Ghuznee and Vivian Sts). The resulting one-way piddle along Ghuznee Street from the Taranaki Street end is a poor excuse for traffic flow. It suggests there really is little need for Ghuznee to be two-way, when the one-way pairing of Dixon and Ghuznee makes much more perfect pedestrian sense.

But I guess another issue might be the cultural singularity of NZ traffic etiquette. When I first visited Beirut, over 10 years ago now, I was intrigued by the then single traffic-light downtown. Actually it was more the moderated use of the traffic light (rather than a simple obedience to it) that intrigued me. If the light was green cars passed through the intersection. If it was red, they stopped (or paused) and then decided whether or not to proceed. For me, a naive tourist with minimum time in the city, it represented a significant contrast with NZ’s extremes of blind obedience or blind recklessness on our roads. Visits to the Middle East since have impressed on me the intelligence of city exchanges which vastly differ to NZ’s territorial occupation of public urban space. Car traffic and pedestrians appear to acknowledge each other’s needs to occupy the road and there’s a skilful bending of regulated space to allow a more complex interaction and occupation which scares many Western visitors.

This latest attempt by the council to control inner-city pedestrian behaviour (à la the lollipop) is another sign of the black and white absolute-isms which may prevent our cities ever reaching the true potential that multi-modal traffic design might entail.