Time for NZ’s Memorial Park Precinct to officially be heritage?

Is this Armistice anniversary the time to ask “Should Pukeahu be formally declared a heritage area?”

The opening of Pukeahu during ANZAC celebrations this year was an acknowledgement of the past but also of the ability of heritage to contribute to the future.  It is heralded as “the Government’s key project to acknowledge the centenary of the First World War.” The new park in its heritage context has been widely appreciated; with the Arras tunnel (2014) acknowledged as the best way to deal with the convergence of state highway in the vicinity – it would only be better if it was longer … 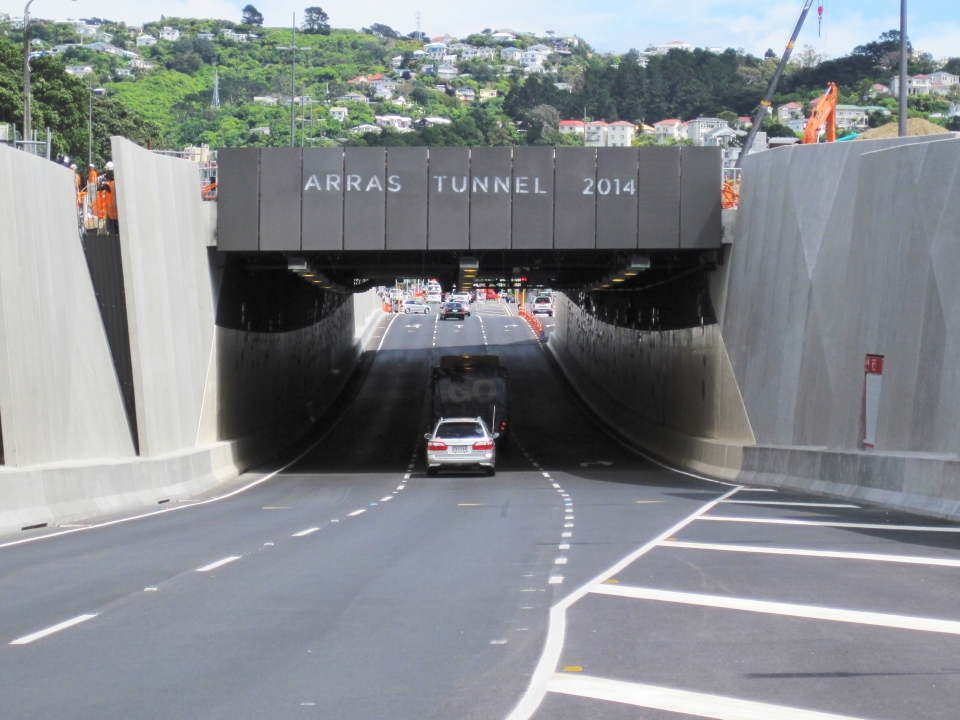 The wider site contains important heritage places, structures and buildings, especially those associated with Pukeahu as a military and memorial site.

The area is the site of Rangitane pa, and was recognised for its strategically useful topography by both Māori and Pākehā. The Wairau incident of June 1843 resulted in colonial troops being stationed at Mt Cook, with a stockade and military quarters built before 1852, and (from 1869) an Armed Constabulary depot was established at Mt Cook, and – as Peter Cooke has also noted – a military presence remains today at HMNZS Olphert.

The site’s prison history also has a military connection; it was where men from Parihaka were imprisoned. 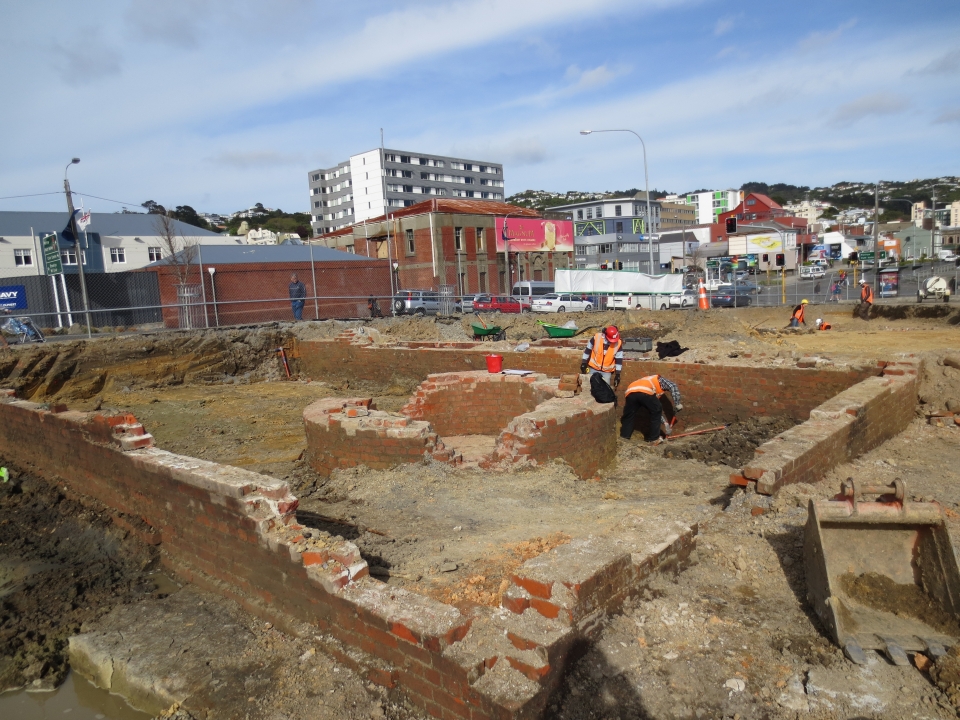 In addition to the ground, and structures found within it, four buildings in particular have significance related to New Zealand’s war history: the National War Memorial and carillon, the Former General Headquarters Building (GHQ), HMNZS Olphert and the Former Home of Compassion Creche.

The National War Memorial and Carillon (1932), built to commemorate NZ service people who died during twentieth century wars, was planned immediately after WWI, with the Mt Cook site confirmed a decade later in 1928.  It was designed by Gummer and Ford, who won the commission via a national design competition (1929), and is listed on the WCC District Plan and has an Historic Place Category I.

The Edwardian baroque General HQ Building (1912) is listed in the WCC DP and has a category II listing with HNZ, and (with the Mount Cook Police Station), is “the last remaining of many government and military buildings in the area;” “one of the oldest government office buildings in Wellington” (Bowman).  It was designed by John Campbell (the government architect, not the broadcaster), who also designed Wellington’s Public Trust Office. The GHQ was built on the site of artillery barracks, which were demolished in 1911. The majority of its bricks “are likely to have been made by convicts from the Mount Cook gaol.”  When the building was renovated in the 1920s, internal partitions were made from “materials from the old gaol.”   It left Defence ownership in the years between 1962 and 2002.

The art deco HMNZS Olphert (1941) is also listed in the WCC DP, and is associated with Captain Wybrants Olphert (1879-1938), who saw service during WWI, and commanded the Wellington Division of the Royal Naval Volunteer Reserve, which is “the only Reserve Division named after a person.” 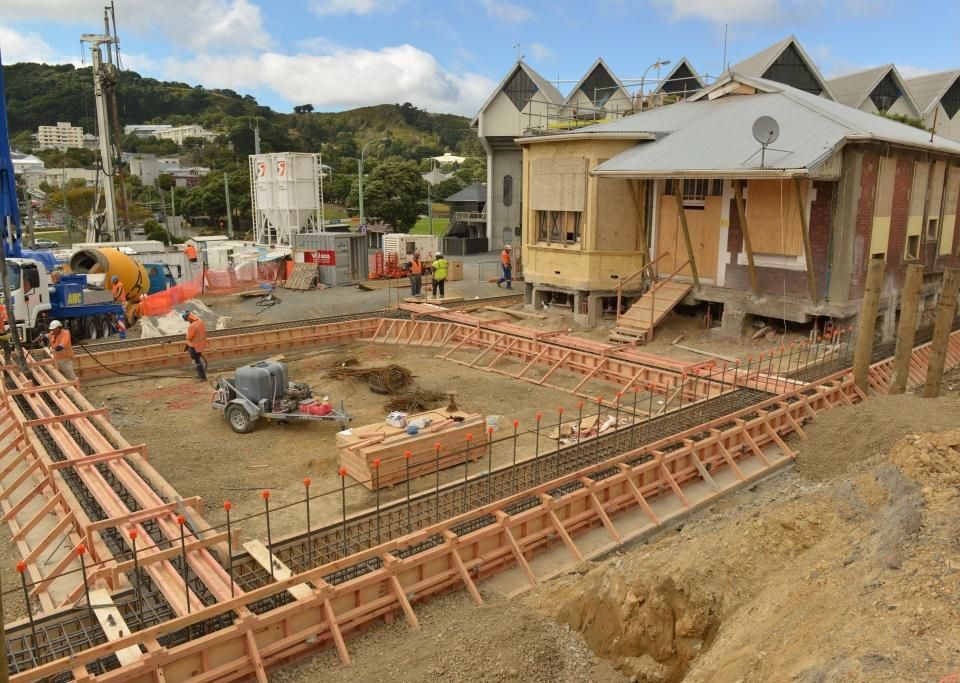 The Tudor-Gothic Former Home of Compassion Creche (1914), designed by John Swan, is another building recognised for its heritage values.  Unusually it was moved metres into the Memorial Park in anticipation of a proposed flyover adjacent to the Basin Reserve.  While its function is not a military one, it was being built at the moment when Germany declared war on Belgium on 4 August 1914, and its opening on 27 September 1914 co-incides with the early days of WWI.  Located at the eastern end of Pukeahu it frames the site, along with the GHQ building, as one of two Edwardian structures, close in date to WWI’s beginning.

Perhaps this coming Armistice Day, following closely on the equally important anniversary of Parihaka on 5th November, is a good time to begin discussions about how best to acknowledge and commemorate the heritage of this important Wellington and national site – as a whole, rather than the piecemeal formal recognition that currently exists.

The case for formally acknowledging Pukeahu as a heritage area is not simply made by the presence of these buildings, though they form important markers on the site.  The broader context and area is equally significant: the Basin Reserve was host to many ANZAC Day processions, the route between Mt Cook and Government House was traversed by an RNZA guard party daily, and of course the recently opened Pukeahu (National War Memorial Park) itself. Having former Defence Force head Jerry Mateparae as our Governor General, and current occupant of Government House, further strengthens the military connections across the wider precinct.

More importantly though is that a public discussion takes place.  Both Historic Places Wellington and Mount Cook Mobilised have publicly expressed concern about the future of the GHQ building and HMNZS Olphert, and yesterday the Dominion Post forecast their potential demolition.  Because both buildings are on land designated for defence purposes, their recognition as heritage buildings on the District Plan, is meaningless.  A commitment to a public debate about their heritage value, within the wider heritage context of Pukeahu, is something only the Defence Chief can give us.

There will be a respectful protest organised by Mt Cook Mobilised opposing any plans to demolish the GHQ building, on the cnr Buckle and Taranaki Sts, tomorrow (Armistice Day) at 11am.  Instructions are: “No placards, but please feel free to wear a poppy to mark Armistice Day. … This is the last remaining military administration building of its kind and it represents the sizeable former military presence in Mt Cook. … Historically, the former GHQ building pinpoints an important event in the 1913 Great Strike which threatened to paralyse New Zealand.”