Does the NZTA scheme measure up?

Sure it was ‘only’ an aspirational vision, but way back in 2007, there was this idea that we might become the first carbon neutral capital in the world – big promises to be sure, but just how are we doing… END_OF_DOCUMENT_TOKEN_TO_BE_REPLACED

Traffic Congestion, Part 2: To build or not to build… 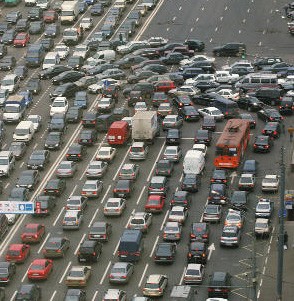 Apparently that isn’t the question – according to our NZTA experts, yet I can’t help but wonder why the latter option (not to build), hasn’t been a part of NZTA investigations. END_OF_DOCUMENT_TOKEN_TO_BE_REPLACED

Video of the Week – Future by Airbus

By admin News, Video of the Week

It has been a busy week here at the Architectural Centre website, but I couldn’t not post this one – so here is a little something for your Friday afternoon entertainment: It’s no irony that at the moment when John Key is supposedly at a Climate Change Summit in Copenhagen: City of Cyclists, that the government is poised to increase road building – a 4-lane road from Levin to Wellington – via Transmission Gully or otherwise.  While Key is fluffing around on the other side of the planet (moving from supporting specified targets for reduction to a more general “political” statement), back home the government is trying hard to waste the planet we’ve got.  Aren’t we meant to be trying to reduce our impact on the environment? END_OF_DOCUMENT_TOKEN_TO_BE_REPLACED

Architecture has historically had a difficult relationship with fashion, and, despite the challenges of the Urbis generation, it continues to perpetrate an image of consistent fundamentals, along with its younger siblings: Urban Design and Town Planning. END_OF_DOCUMENT_TOKEN_TO_BE_REPLACED

That is to say those which they are petitioning the Government for assistance with.

The top Items, with budgets, are as follows:

It’s good to see that there are a number of initiatives that relate to public transport but since when did the Basin Reserve fly-over become a done deal?

If that is the case then why don’t the council ask for the money for the second Mt Vic tunnel at the same time? At least that would demonstrate that they have a strategy for transport in that area.

Then again maybe we should wait until the Indoor Sports Centre is built on Cobham Drive and see if it results in any additional traffic using the existing Mt Vic tunnel.