In the last week or so, shiny, colourful and new street accessories have been appearing on the streets of Wellington.

While relatively new in our town, the cyclehoop (I prefer hitching post myself) was apparently created in 2006 “in response to the Reinventing the Bike Shed brief,” designed by University of Westminster/UCL/Nottingham University architecture graduate Anthony Lau.

They were discussed in the Guardian in 2010 when Camden council in north London “announced it was becoming the first local authority to introduce them right across its patch.” The Guardian noted its advantages re anti-theft, and council keeness due to  an ability to fit 50 a day. 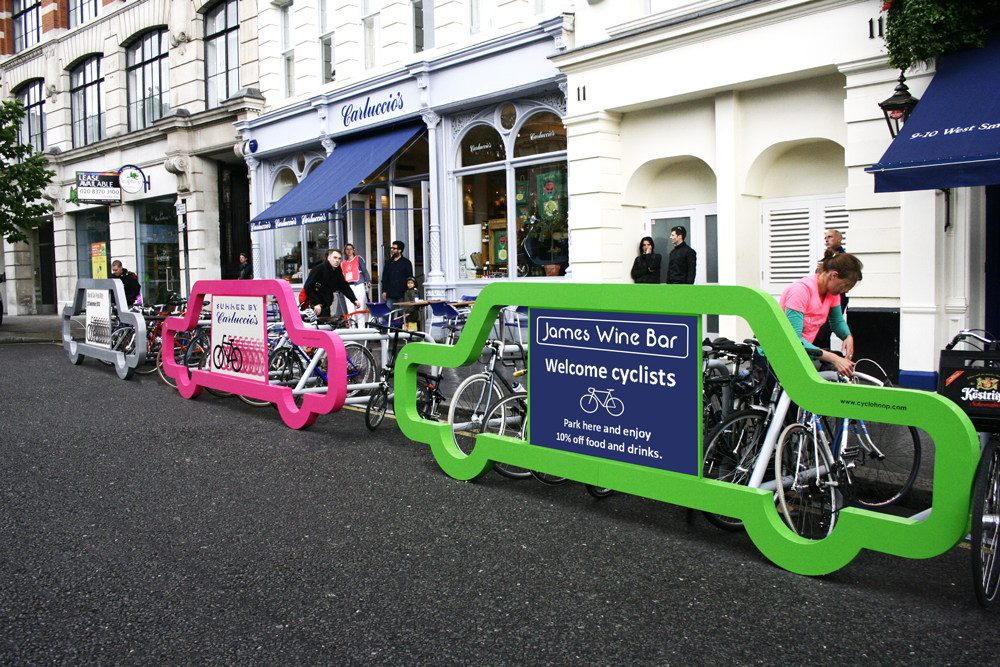 Lau has now started a company named after this invention “Cyclehoop,” whose work includes the well-known “Car Bike Port,” originally commissioned by the London Festival of Architecture,  which demonstrates the number of bike parks per car park, the “Public Bike Pump” and the “Copenhagenize Bar” for cargo bikes.