The City and the City

So, I’ve just finished reading China Miéville’s novel The city and the city – the first novel I’ve actually made it through in quite some time. Courtesy of Wikipedia, here is the low-down on the dual cities that are the main character/s of the book:

The City & The City takes place in the cities of Besźel and Ul Qoma. These two cities actually occupy much of the same geographical space, but via the volition of their citizens (and the threat of the secret power known as Breach), they are perceived as two different cities. A denizen of one city must dutifully ‘unsee’ (that is, ignore, or fade into the background) the denizens, buildings, and events taking place in the other city — even if they are an inch away. This separation is emphasized by the style of clothing, architecture, gait, and the way denizens of each city generally carry themselves. Residents of the cities are taught from childhood to recognise things belonging to the other city without actually seeing them. Ignoring the separation, even by accident, is called “breaching” – a terrible crime by the citizens of the two cities, worse than murder.

The twin cities are composed of crosshatched, alter, and total areas. Total areas are entirely in one city, the city in which the observer currently resides. Alter areas are completely in the other city, and so must be completely avoided and ignored. Between these are areas of crosshatch. These might be streets, parks or squares where denizens of both cities walk alongside one another, albeit unseen. Areas that exist in both cities usually go under different names in each one. There is also Copula Hall, “one of the very few” buildings which exists in both cities under the same name. Rather than being cross-hatched, it essentially functions as a border. It is the only way in which one can legally and officially pass from one city to another. Passing through the border passage takes travellers, geographically (or “grosstopically”), to the exact place they started from — only in a different city.

The book works because it taps into a well established genre – the detective thriller. It is for this reason that Life on Mars (both the BBC and the ABC versions – although the latter version was much less subtle and suffered for it) were also intriguingly believable – they tapped into the well established, and now ubiquitous, cops and robbers/CSI tv show genre to present us with ‘real’ situations that viewers are comfortable with suspending disbelief. The layer of supernatural/otherworldly phenomena could then be introduced within a ‘realistic’ setting.  NZ authors Elizabeth Knox and Nigel Cox have both variously and successfully  mined this trait in some astonishingly good novels (The Black Oxen, The Cowboy Dog).

And, this is where, imo, TV1’s new series This is not my life struggles – as we are dropped straight into an otherworld and are only slowly learning of its details and functions. There is no believable context for real action, as defined by an established genre, for the viewer to grasp, and thus the suspension of disbelief is made that much more difficult (not to mention the exacerbation of this effect via some quite appalling acting). The implausibility is, however, part of the nature of the show and its twee neomodernist suburban setting of Waimoana, and I do find the break with traditional genres to be quite invigorating – I suspect it won’t last long because of it though.

Back to the book. The latent film director in me is very enthusiastic about The city and the city, and I’d love to see it remade for the big screen – or even better, in order to take some time over accustomising viewers to the uniqueness of the urban setting, a full-length tv series (of not more than one season though). I am sure the folks at Weta could come up with appropriate visual effects to hint at the seen and unseen cities.

The city and the city, in the right hands, would have the potential to become the next architectural cult film in a way that Inception failed to pull off – despite some rather nice architectural eye-candy scenes. In that movie the action genre was the vehicle for establishing the audience’s viewing protocols. The problem is, that an action movie itself requires suspension of disbelief – hardly the right vehicle for grounding an otherworld that also requires quite substantial suspension of disbelief (again, the appalling acting exacerbated this – courtesy of some pretty thin characterisation and character development). 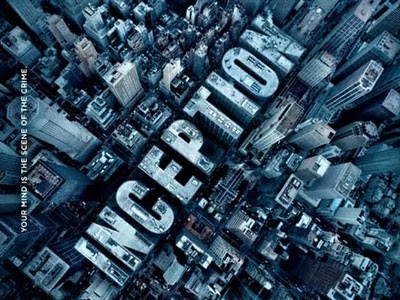 I know that architects don’t read, but until the film is made – you’re all missing out on an intriguing otherworld of architectural/urban possibilities…