Another restructure – Should we care?

It’s inevitable, given their political nature, that governments (local and central) are subject to “restructuring” more than most institutions. Anyone involved in architecture and urban design in Wellington will have known, for a little while now, that the urban design bits of our city council have been, and are in the middle of, such a political reshuffle. All the positions with staff with any design background (architecture, landscape architecture, industrial design) have been deleted, and staff required to apply for positions with more generic job descriptions. Well that’s my understanding at least – and apologies if I’ve got it wrong – do tell me if that’s the case!

But let’s assume the version of the story I’ve heard from different quarters is correct, what are the implications for the quality of our built environment? and should we care?

Ann McEwan’s recent talk at the City Gallery, for example, recalled the mid-century dilemmas regarding the design of council housing, quoting a young Derek Wilson, then President of our Architectural Centre, demanding the council stop the in-house design of housing because of the dire results. The line then was that the council has no business in designing. Luckily for us, so the narrative goes, private architectural firms were commissioned and the quality of housing design went up …

But, as I understand it, these “restructured” positions aren’t for staff designing in that immediate sense – but rather for staff developing policy, processing Resource Consents and hence being intimately involved with implementing the District Plan. The District Plan will always be a flawed document, try as we might to make it perfect – we have good ideas and sometimes they work, but sometimes unforeseen “difficulties” arise. It will thus always be a well-intentioned work-in-progress. The staff who interpret and ameliorate its fallout are essential to ensuring we have a vibrant built environment.

If rumours are correct (your chance to challenge these is below), it is the idea of how the DP should perform which is partly involved in this recent philosophical shift at the council. Philosophy and “vision” always underpin restructuring. Trina Saffioti’s comment on Eyeof theFish paints a utopian vision of adminstrative happiness and civic harmony… Other important people who will be implementing the new culture at the council are Jan McCredie, Manager City Strategy and Clay Johnsen, Programme Manager Urban Design & Heritage (imports from the Manukau City Council), who will be giving a presentation at the Wellington Branch AGM, next week (Tues 23rd March). It sounds like it will worth hearing of their ideas straight from the horses’ mouths, so-to-speak …

My understanding though is that, rather than maintaining the delicate balancing act of the mundane day-to-day administration of the DP through resource consenting (or not) with the longer term (and constant) rewriting of the plan, a greater emphasis is being put on “getting the DP right.” Word on the street is that the complex negotiations, which council officers commit daily in order to make the DP work (and hopefully translate its words into an “acceptable” environment), might not be getting the attention that they need. Not all building applications to council are great architecture – and some apparently aren’t even mediocre. With the thumping pressure of developers to get things built – both a good DP and council design experts (as distinct from generalists) are needed in the processing of Resource Consents. The question is what’s the right balance? and who should decide? 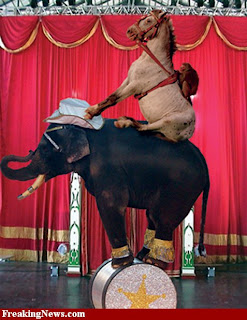 The focus on getting the DP right is admirable, important and needed, but in reality, it’s impossible. That doesn’t mean we shouldn’t try to get it right, but the District Plan is a wriggly beastie, consistently fraught and fought with – putting all our eggs (or kittens) in this basket is a high risk venture.

If attention shifts almost exclusively to this longer term goal, what happens to the city meanwhile? and what happens if the people processing Resource Consents no longer include those with knowledge of design? This is a cultural shift which might radically change the shape of our city. Possibly for the better in the long term (if the impossible happens and the DP is got right), but if the new urban designers spend their days wringing their hands, shaking their heads, and speculating on changes to the DP, rather than engaging with building applicants and their Resource Consent applications, what long-term damage might happen to our city in the short term?  Is it really worth the risk to let planners (rather than designers) give the final administrative tick on what buildings will be built in Wellington?