The campus was designed and built in two stages (Stage I & Stage II) from 1963-1977.  The building positions and forms directly respond to the topography of the land and a desire for development on the site boundaries to respect the residential scale of the community, as Toomath noted: “As a result the main teaching block, although three storeys high, will have its top floor at the same level as the Donald Street entrance to the college” (8). The “style” of the buildings is New Brutalist.  This was a thinking about architecture which emerged in the 1950s from England and its architecture stressed the legibility and expression of building construction, structure and function.  It aimed to make explicit how buildings were made, and what they were used for.  This extended to the use of materials being consistent with the way they were produced.  For example, the finished surface and form of poured in situ concrete should reveal its formwork (i.e. the impressions of the mould into which the concrete was poured).  New Brutalism is strongly associated with concrete architecture, and other important examples in the Wellington region include the Hannah Playhouse (Jim Beard, Courtenay Place), the Lion Breweries Headquarters (Colin Gunter, Thornton, now demolished) and the Upper Hutt Civic Centre (Bill Alington). 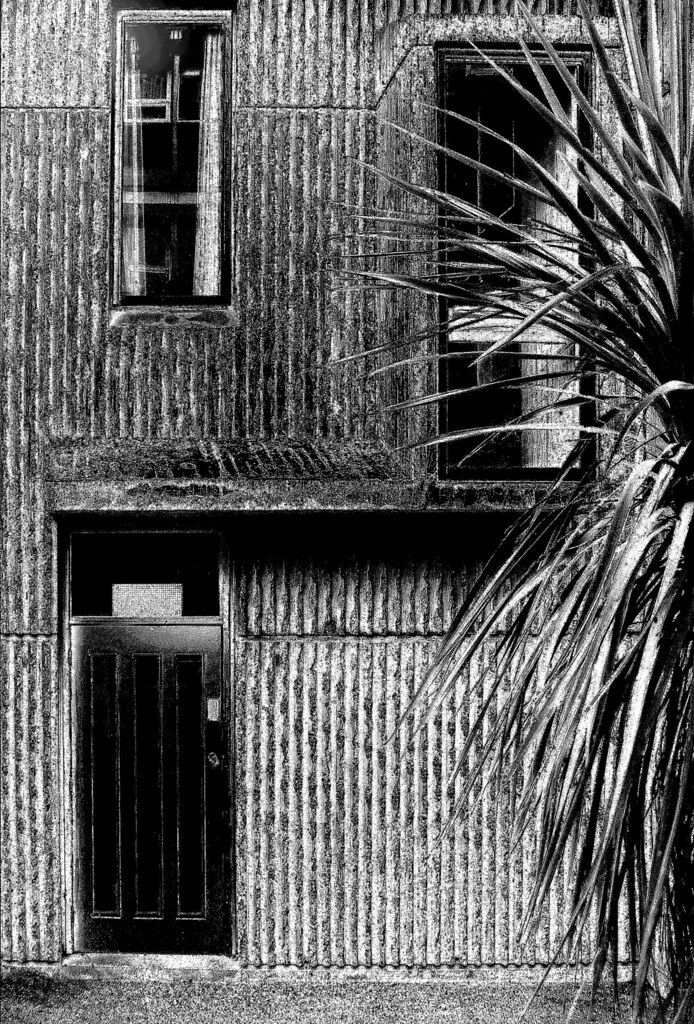 The Teachers’ College buildings are predominantly reinforced concrete with precast and poured in situ elements, with piled foundations.  The exposed nature of the finish is characteristic of New Brutalism, and it has been observed that: “each element has a texture and tone value arising from its method of production” (3).  In addition, specific building elements are coded to their structural role: “Columns and spine frames are of in situ concrete, carrying precast double-tee floor systems exposed in several buildings” (4).  This approach to architecture was acknowledged in the judges’ citation when Stage I was awarded the NZIA Silver Medal.  It noted: “[t]he detailing of the construction shows great care, and the use of materials is warm and sympathetic to the functions” (4). 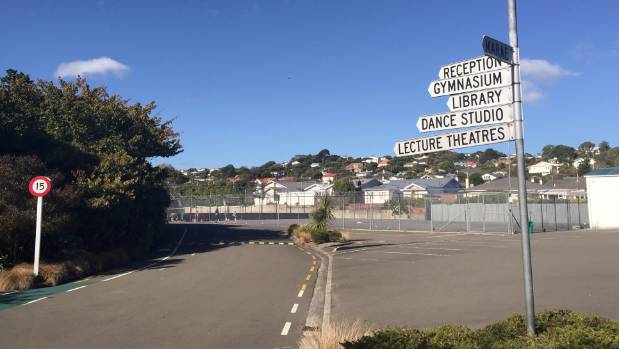 The first stage of the campus design was planned to accommodate different subjects (science, social studies, and art and craft) on the three different floors of the main teaching block.  Walkway links connected the main block to areas such as the music facilities, and the adminstrative block and assembly hall.  It responded to a brief to accommodate 450-500 student-teachers for a two-year course.  Mid-way through the project, in 1966, a change to government policy required the accommodation of 1500 student-teachers for a three-year course, requiring the addition of Stage II.  Across the two stages functions include: administrative and staff offices, a library (and stackrooms), gymnasium (80′ x 50′; 24.4m x 15.2m), dance studio, and assembly hall (550-600 seat), lecture theatres, cafeteria and common rooms, teaching facilities for specialist departments (Art, Science, Social Studies and Music), and playing fields.  The design was conscious of the need for robust and flexible building, and use low-maintenance materials and provided for internal rearrangement.

The design brief also aspired to the less easily measureable and predictable quality of a community.  This included avoiding “an institutional character” (4), and the need to balance coherence and consistency of architecture with variety and a stimulating environment.  A module of 4′ x 24′ x 16′ was used to aesthetically tie the buildings together.  The exterior wall-and-window unit was influenced by the facades of Venetian palazzi, “with their column and traceried lintel elements standing forward of window recesses” (6).  Contrasting building heights, often a response to terrain, provides variety, as well as the use of different strategies for single space buildings such as the hall (with its two-way rigid frames) and the precast portals of the gymnasium.  The design of the gymnasium had a lineage predating the Teachers’ College project.  It began with a separate Education Department contract and a collaboration between Toomath and engineer Leighton Andrews (1).  Given a tight budget of £8,000 for a gymnasium at Hutt Valley High they met the brief and earned several additional commissions for more gymnasia, including Wellington East Girls’ College.  The Teachers’ College gymnasium is another outcome of this earlier collaboration.

The spaces between the buildings are also key to the successful balance between coherence and variety.  The most obvious instances of this are the gully of Lopdell Gardens and the courtyard outside the cafeteria.  Toomath was explicitly aware of the potential of such spaces, describing the courtyard as an opportunity to “stamp a sense of community on the whole group, like a small town square” (7).  He literalised this in his adaptation of the proportions of the town square of Capri for this inner court space: “From my recollection of an earlier visit it possessed just the right scale of enclosure and height to give everyone a feeling of community within a single outdoor room; so its dimensions were adopted – 110 x 80 x 25 feet” (6).